One Night with Hemsworth

I received an eARC, from NetGalley and the publisher, in exchange for an honest review.
One Night with Hemsworth by Eden Finley is the story of Cole Turner and Paige Minor.

Cole's ex-wife is getting remarried and although he does not love her anymore the marriage is bothering him because they have a young son together. Cole is having a hard time knowing that his son will have another 'father'. Cole goes out for a night on his own to have a few drinks but has no intention of picking anyone up. Since he is drinking he was really trying to avoid meeting a girl that night.

But Cole and Paige do meet and they both are attracted to one another. Cole tries to talk her out of having him for a one night stand but they play a game and the winner gets their choice of reward.
Needless to say Paige and Cole do have that one night stand. They both try to walk away the next day thinking that is it for them seeing each other again.

That is until Cole comes to dinner to meet his ex-wife future husband... who does he find there but Paige. It appears that their one night stand will be going into another direction. 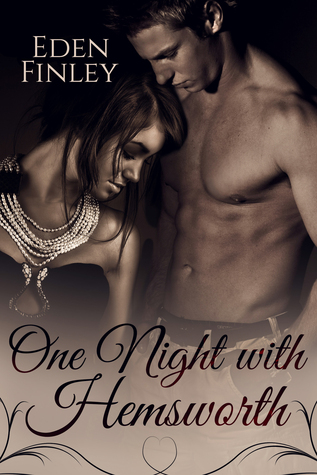